This is our fourth summer living abroad and it goes without saying that 2020 is a year like no other. While no one has had it easy through the pandemic, expats like us have been especially affected by closed borders and travel restrictions. Ultimately, this was the first year we’ve been unable to travel back to the States during the summer. While difficult, we decided to make the best of it and explore more of Europe. Here’s what we experienced during our summer travel in 2020 after spending a month traveling through six different countries in Europe.

Our home abroad is in Copenhagen, Denmark. This means that we had closed borders from mid-March until 27 June when Denmark slowly and strategically reopened travel to most other EU countries. Because of quick and decisive decisions made by the government, Denmark handled the situation extremely well and social distancing was easing for months before the borders opened and “normal” travel around Europe became possible.

In early June initial summer guidelines were announced. In Denmark we are required to take a three-week holiday each summer, so there was pressure to provide expectations for 2020 summer travel. The first announcement described a planned “travel bubble” between Norway, Iceland and Germany. Out of those three countries we decided Germany would be a great place to spend three weeks and we started planning.

Initial restrictions mandated that we could travel to these three nations without having to quarantine on return. The only restriction was to avoid cities of over 750,000 residents.

Before we booked transportation (but after we created an itinerary) the announcement was made that travel would open up to most of the EU and population restrictions on destination cities were lifted. This changed the calculus.

We decided to stick with the original plan, but made a few adjustments to enter Austria, Switzerland and Liechtenstein. I also extended the trip a few days to tour Czechia on my own.

There it was – we had a plan, we just needed to fill in the details.

But how do you plan a trip during a pandemic?

What was in store for us?

How would summer travel in 2020 be different?

Tips For Travel Planning in 2020

We knew planning would be unique for our summer travel 2020, but the fundamentals were pretty normal. We spent more time planning this trip because of the length and because of the obvious extra considerations. Here are some tips we were left with as you plan for travel in what we now call “the current situation”.

For reference, all German material describing restrictions, requirements and general 2020 travel information uses the language “due to the current situation –“. We adopted it because it made us laugh. We even used it for other situations throughout our trip. For example, one night we stayed out too late and were a bit hungover. When we arrived in Austria I told Mike, “I need to take a nap due to the current situation”.

1. Check and Recheck All Travel Guidelines

For good reason we aren’t including specific information on exact guidelines in Denmark or anywhere else. The reason is simple – they change all the time. Still, it’s your responsibility to keep track of where you can go and what steps you have to take to comply with local regulations.

Example: When we left Denmark there was no mask mandate except for in the airport. We still brought 20 masks with us on the trip so that we would comply with German mandates for masks in all indoor public spaces.

2. Stay Aware of Quarantine Guidelines For Your Destination and Home Country

This also changes frequently, but most EU countries are assigning a risk level to destinations based on cases per 100,000 citizens. In Denmark a quarantine is expected if you visit any country that is not green (under 20 per the prescribed metric).

This changes weekly, but at the time of publishing you are allowed to continue your trip and return home if a destination changes risk-level during your stay.

We always do this and if you’re familiar with Robe Trotting you know that we encourage this no matter what. We booked travel insurance through World Nomads to protect us on the trip. One important caveat, if you become ill on your trip due to the current situation, you are not guaranteed coverage. In this case you would rely on local healthcare. If your flights are cancelled or your hotel goes out of business or your lap top is stolen – any emergency – you’re still covered.

4. Cancelled Flights Can Take A While to Refund

We learned this when we had flights cancelled earlier this year, but it’s still true today. It goes without saying that you shouldn’t overextend yourself financially with flight and hotel reservations.

Due to the current situation it could take months to get your payment refunded. We had a cancelled flight refund take over 90 days to be credited to our account. Every airline has a different policy and terms may depend on the date on which you book the flight.

The exception is that many airlines have been offering a bonus if you accept a credit instead of a refund.

Example: We had a flight cancelled in May and we were offered 125% value to accept credit towards a future flight.

Smart travelers use websites or pricing aggregators to find hotel deals – which is great, but consider booking with free cancellation. It’s often a few dollars a night more and will make it easier if you cannot travel. It’s an additional insurance besides general travel insurance.

Alternatively, you may find it easier to get a refund from the hotel itself. If you book direct on the hotel’s website you’ll be saving them money (they have to pay the booking websites if you use them) and they could use it in 2020. Of course check their policy for cancellations.

Most hotels are offering refunds if government travel restrictions in their country or your home country force you to cancel.

6. What To Pack For Your Trip

Don’t forget socks and underwear, but of course in 2020 you’ll need to bring mask, mask and extra masks. We’ll cover it in more detail, but it’s likely you’ll be in some country that has some degree of a mask mandate.

Some countries require you to certify a health declaration by signature upon entry. Because we live in Denmark we were able to book an online appointment for virus testing, go the next morning and got our results a day after that. Then we could print a Health Passport, a form from the health minister declaring us virus-free.

While it was nice to have the form, it wasn’t asked for by any border agents, airport security or hotels.

Again, we are only talking about the experience – not the safety or medical side. Here’s what it was like flying and what you can expect.

For all the rest, check with advisories from the World Health Organization. We flew from Copenhagen to Cologne to begin our trip (click to see the details). Mike flew home from Munich Airport and I flew home from Prague Airport. We both had connecting flights in Amsterdam.

Here’s what we found in the airports: 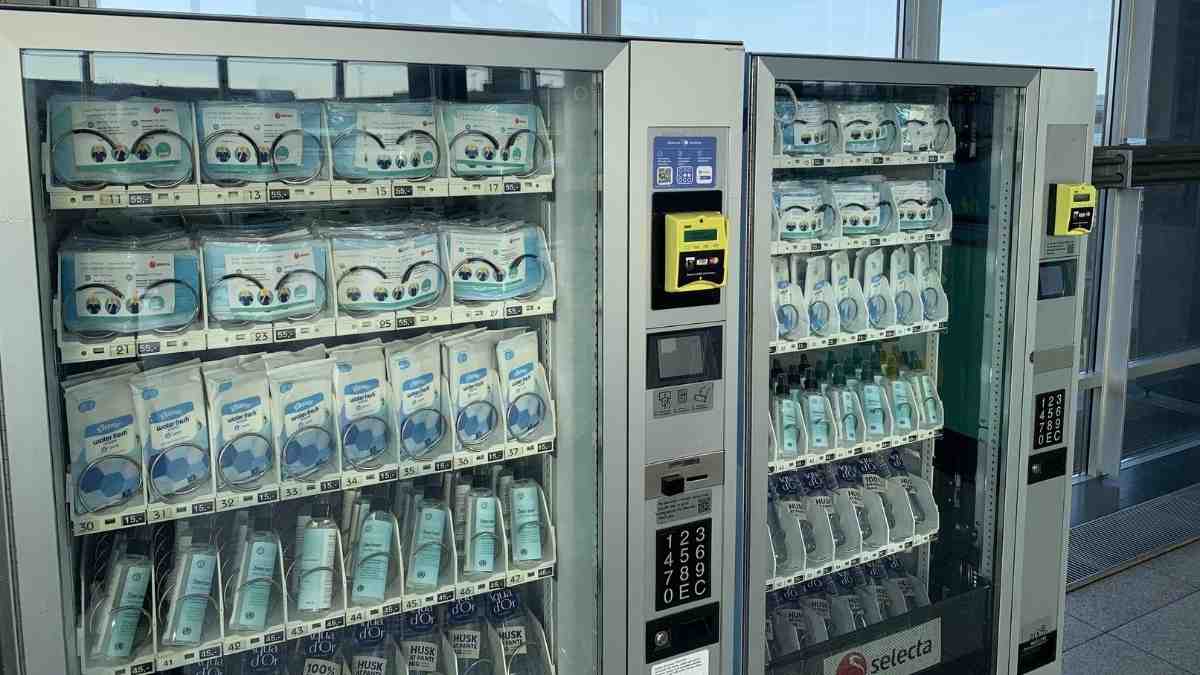 All flights were smooth and passengers cooperated with rules and regulations. Mike’s connecting flight in Amsterdam was canceled before our trip began and he was moved to a later flight home (and longer layover). That was the only transportation hiccup over the whole trip. On Our Return to Copenhagen We did a heap of attractions and visited all kinds of places during our three weeks traveling around central Europe. Here’s what we found and how it altered our plans in some cases:

In some cases we felt a little odd as Americans in Europe. We had a little bit of guilt about being able to travel internationally while Americans are banned. It was also an awkward conversation every time someone noticed our accents and asked, “so where are you from before Denmark?”.

Service was great in most places because of the lower volume and because many places simply could not hire seasonal staff. We had meals served by the owner in a Swiss restaurant and drinks poured by the hotel owner in an Austrian resort.

Contact tracing efforts were most felt in Germany where we had to fill out forms every time we sat at a bar or restaurant.

Most surprising was that cash-favoring countries like Germany and Czech Republic were pushing contactless payment cards to cut down transmission.

There’s our tips and experiences traveling this summer. Of course it was just great to travel again and we had a wonderful time, even if it was a bit different than other trips.

Who knows how travel will continue to evolve from here, but overall it was great. We can definitely deal with this new normal.