The first time I visited Portugal’s hilly capital city was during a 10-month backpacking trip around the world, and it’s one of the only cities on my itinerary that I’ve returned to since then. Lisbon is understandably one of the most visited destinations in Europe. That’s probably because booking a trip to Europe comes with a few expectations, namely good food, historical sites and unique European architecture—and any Lisbon itinerary will generously deliver on all three fronts.

Sitting on the western coast of Portugal, Lisbon marries the laidback qualities of a seaside city with the historic charm of a European capital. Nicknamed “the city of seven hills,” Lisbon is known for its hilly landscape and the colorful trams that whisk people between them. The hills give way to plenty of incredible viewpoints throughout the city, or “miradouros”, as they’re called in the Portuguese-speaking city.

Lisbon is also known for its fantastic seafood cuisine—which has become my favorite aspect of visiting. It’s one of the only cities in the world in which I often reminisce about the meals I’ve had. From the seafood stews to an array of cod fish dishes, this Lisbon itinerary is certainly a delight for seafood lovers.

Overall, it’s a universally popular destination, ideal for every type of traveler including honeymooners, families, backpackers or groups of friends. Plus, there’s really no bad time to visit. Because of its extreme popularity, the shoulder months between March and May are ideal for visitors who don’t enjoy crowds. It’s Mediterranean climate means it never gets too cold, with mild, rainy winters and warm, sunny summers.

Wandering the city by foot is the best way to get to experience its old European charm. While your Lisbon itinerary could include an entire week exploring Portugal’s capital and nearby cities and beaches, there’s a lot you can accomplish in a couple of days. 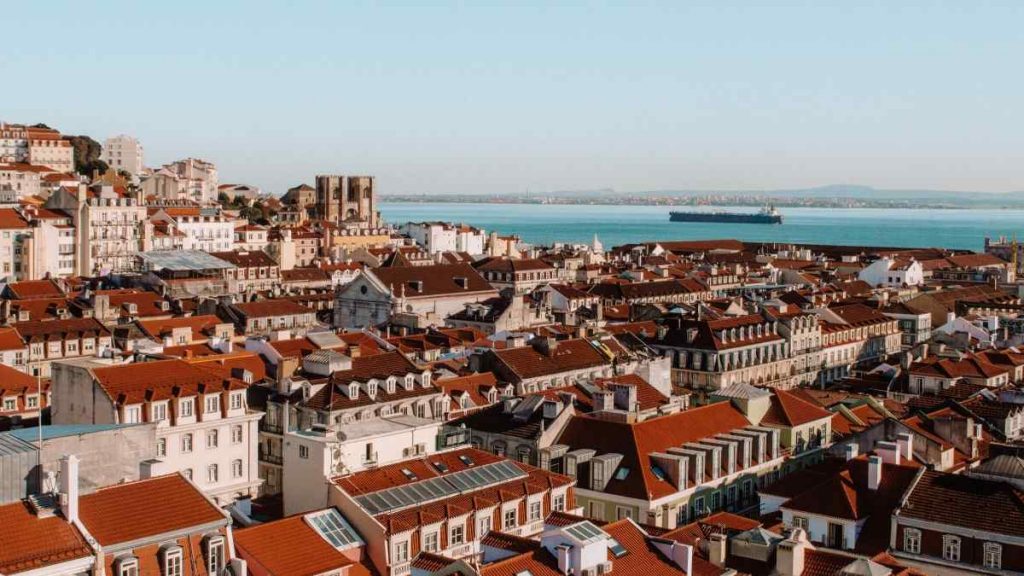 5 Things to do in Lisbon

1. Find As Many "Miradouros" As You Can

Lisbon’s miradouros, as the many designated viewpoints are called, offer spectacular views over the city and the Tagus River. There’s a number of them thrown about the city you can add to your Lisbon itinerary. There will often be signs signaling “miradouro this way,” with an arrow pointing up. My advice: Follow those signs. A few of the best views can be found at Miradouro das Portas do Sol, Miradouro da Graça and Miradouro da Senhora do Monte.

One of Lisbon’s most charming characteristics is its colorful tram system. The trams are one of the main modes of transportation for locals in the city, and most visitors choose to hop on board, too. The most popular is the No. 28 tram, which passes through buzzy tourist neighborhoods like Graca, Alfama, Baixa and Estrela. 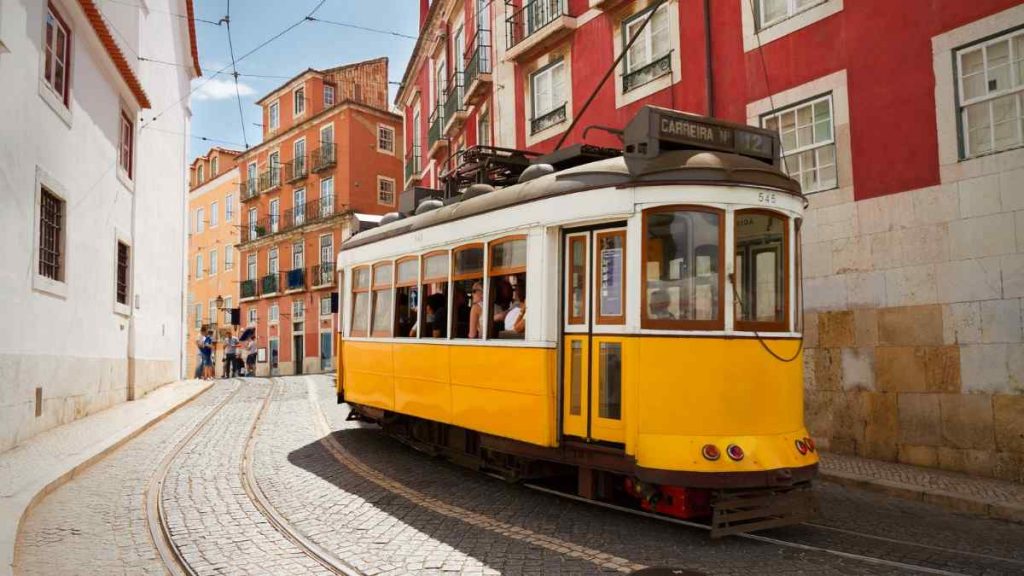 The historic Torre de Belém might be Lisbon’s most recognizable landmark and is a must-do on your Lisbon itinerary. The ornate fort sits on the Tagus River about 20 minutes from the center of Lisbon. Visitors can get there via public transportation, taxi or car. Though you can enter the fort for a small fee, the real beauty lies outside of it. Aside from the beauty of the fort itself, there’s also a nice view of the Golden Gate-like 25th of April Bridge here. When you’re done, head over to the famed Pastéis de Belém restaurant for an authentic Portugese egg tart nearby.

The view from St. George’s Castle is one of the best in the city. Here you can walk the walls of the historic castle perched atop Lisbon’s highest hill and photograph the sea of orange rooftops below. It’s a fantastic spot for sunset, too, when a tiny wine shack sets up shop outside the castle for a drink. The castle is located in Alfama, one of Lisbon’s oldest districts, where narrow cobblestone streets hint at the city’s distant past.

5. Take a Day Trip to Sintra

Located in a mountainous region outside the city, Sintra is one of the most popular tourist attractions in the region. If time allows, a day trip to Sintra is the perfect addition to your Lisbon itinerary. The region is home to a number of famous forts and castles, including the crazy colorful Palácio da Pena. I suggest arriving early, as the palace gets extremely crowded. I also recommend taking public transportation from Lisbon, or if you’re driving a rental, leave it in a parking lot in Sintra proper and take a cab up to the castle, as there’s little to no parking up on the mountain.

4 Places to Eat in Lisbon

You cannot leave Lisbon without trying the quintessential Portugese egg tarts known as pastéis de nata. For the best ones in the city, you should head to the restaurant where the tarts were originally created, Pastéis de Belém. The restaurant reportedly makes the tarts according to an original top secret recipe.

Time Out Market is a food hall located in a historic building known as the Mercado da Ribeira. Here you can try Portugese delicacies like cod fish fritters, cod à lá Brás, charcuterie and pastéis de nata, as well as a spectrum of cuisines from all over the world. Dozens of stalls line the outer edges of the market, with plenty of seating in between.

Walking into Merendinha do Arco Bandeira feels like stepping back in time. There will likely be a wait, as the tiny space only seats a few groups at a time. But the wait will be worth it. It’s the kind of place that’s teeming with hungry locals at lunchtime. The food is traditional, abundant and comforting, and the atmosphere is like no other.

Local restaurants in Lisbon are known as tascas—and the best ones are found in neighborhoods away from most tourist attractions. Tascas serve large heaps of home-style Portugese cooking for low prices, and they’re a great place to mingle with locals. There are numerous tascas around the city, and you can’t go wrong strolling into one for lunch to add some authenticity to your Lisbon itinerary.

The Torre de Belém is one of the most iconic Instagram spots in Lisbon. The tower itself is picture-perfect, and the surrounding river setting makes the scene that much more dramatic. To get a photo with no one in it, make sure to arrive around sunset, after the entrance to the tower has been closed to the public. At this time there will be no one on the wooden pathway leading up to the tower.

Nothing says “I’m in Lisbon” like a photo with an iconic yellow funicular. Hop on board the Ascensor da Bica at Rua de São Paulo, 234, for a fun ride up one of Lisbon’s steepest hills. Once the ride is done, the funicular sticks around for a bit, giving everyone just enough time to capture a perfect shot. 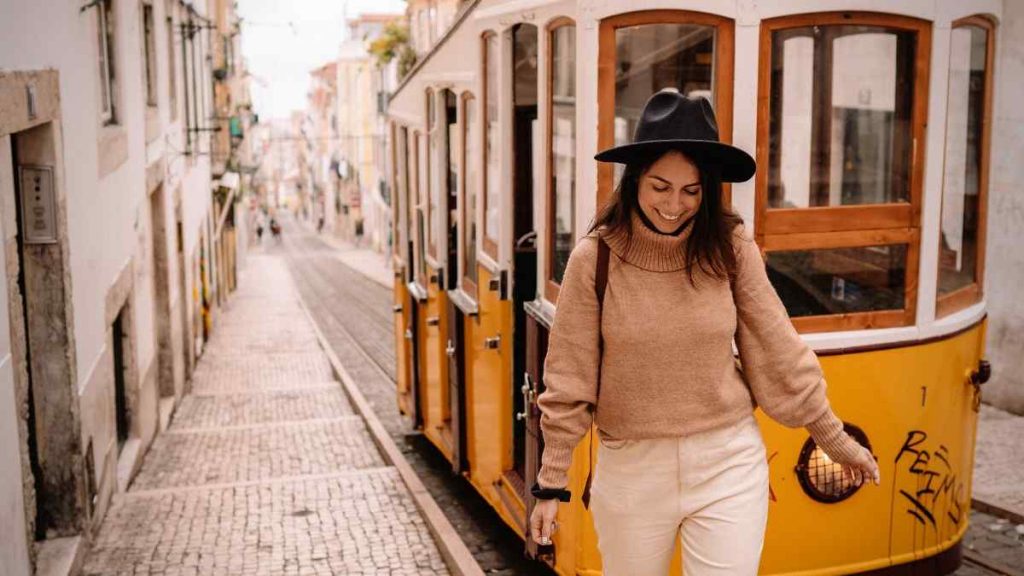 A day trip to Sintra means adding one of the most Instagrammable palaces in the world to your Lisbon itinerary. The photo opportunities are endless at Pena Palace. Walk the castle’s walls to find the red tower that overlooks Sintra valley for one of the dreamies Instagram shots in all of Portugal. 2 Places to Stay in Lisbon

1. Close to Attractions in Central Lisbon

First-time visitors who want to be located near Lisbon’s main tourist attractions should opt for hotels or Airbnb apartments in Baixa district, the Chiado district or near the Avenida da Liberdade. These neighborhoods home to plenty of bars, restaurants and shops, and can simplify your Lisbon itinerary.

For a stay with a bit more character, head over to my favorite neighborhood, the Alfama district. As one of Lisbon’s oldest, the neighborhood is made up of winding alleyways and buildings dressed in Portuguese tiles known as azulejos. Why not opt for an adorable Airbnb apartment to create a local’s Lisbon itinerary. 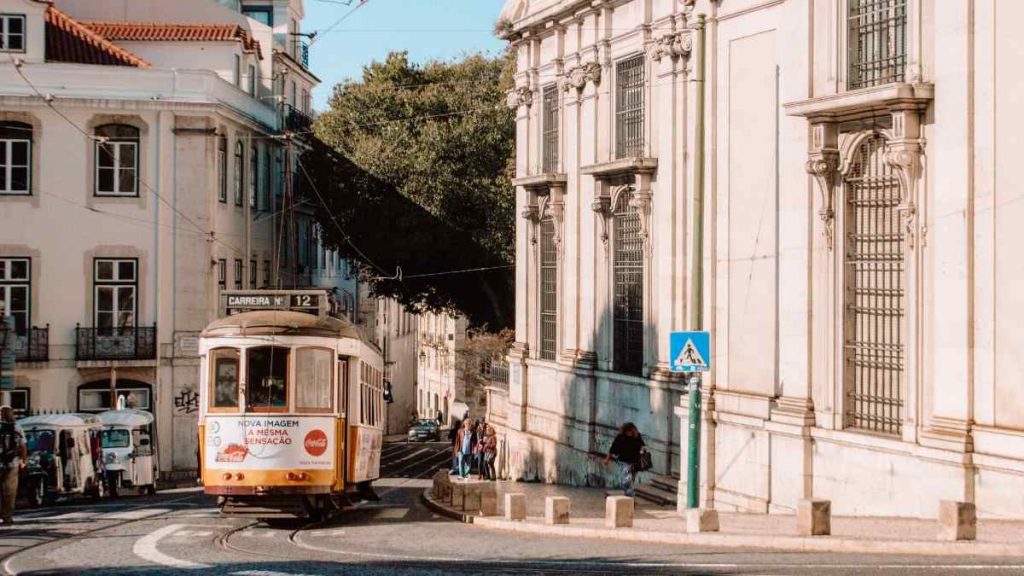 Since Lisbon is a city built upon many hills, certain streets can get quite steep. But there’s a way to avoid those uphill struggles. Throughout the city you’ll come across elevators that take you to the top of a hill in seconds. These elevators are often located inside an empty lobby that may look like the entrance of a building or mall, but they’re actually useful transportation methods to travel between one lower neighborhood to a higher one. 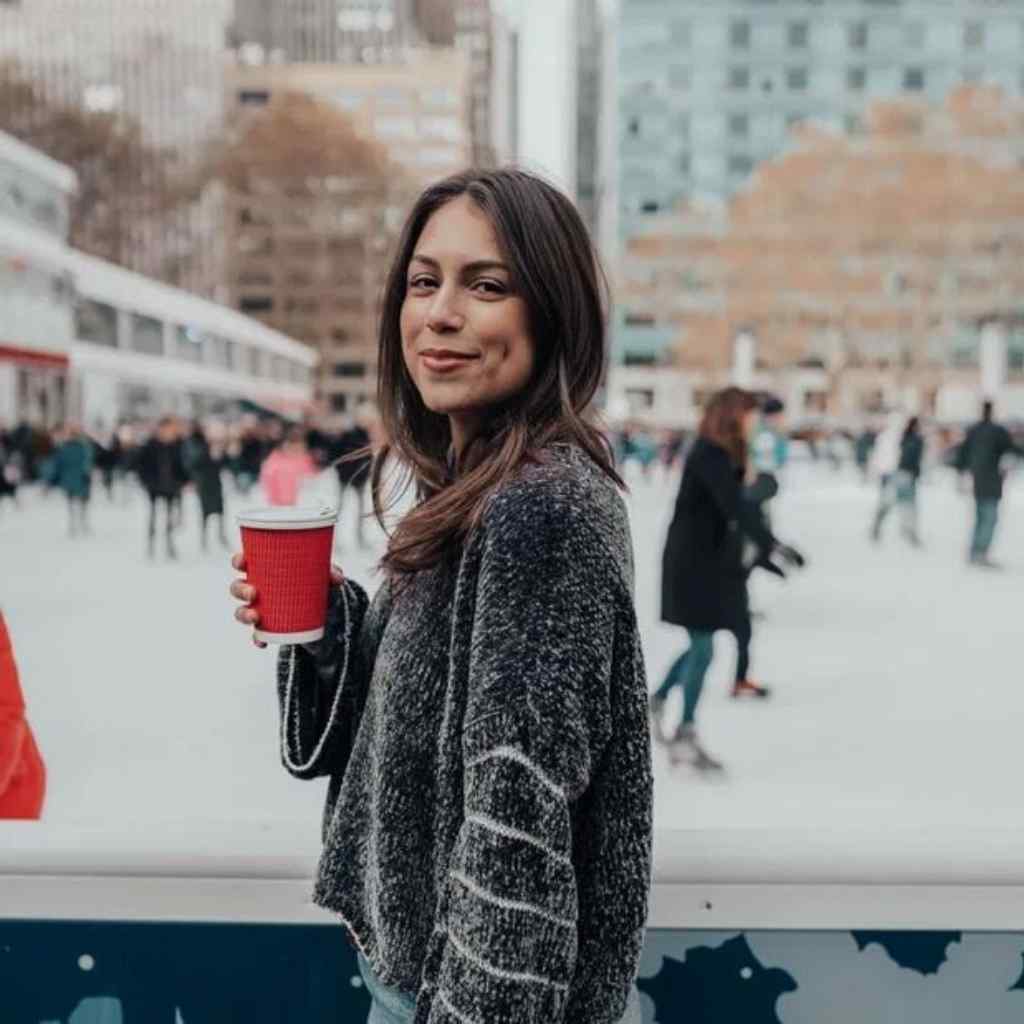 Carla Vianna is a travel writer and content creator who landed in NYC after a yearlong trip around the world. Her site Travel by Carla Vianna will inspire you to take your next trip—whether that be an adventure-filled weekend getaway or a monthslong stint in Southeast Asia (or anywhere, really).