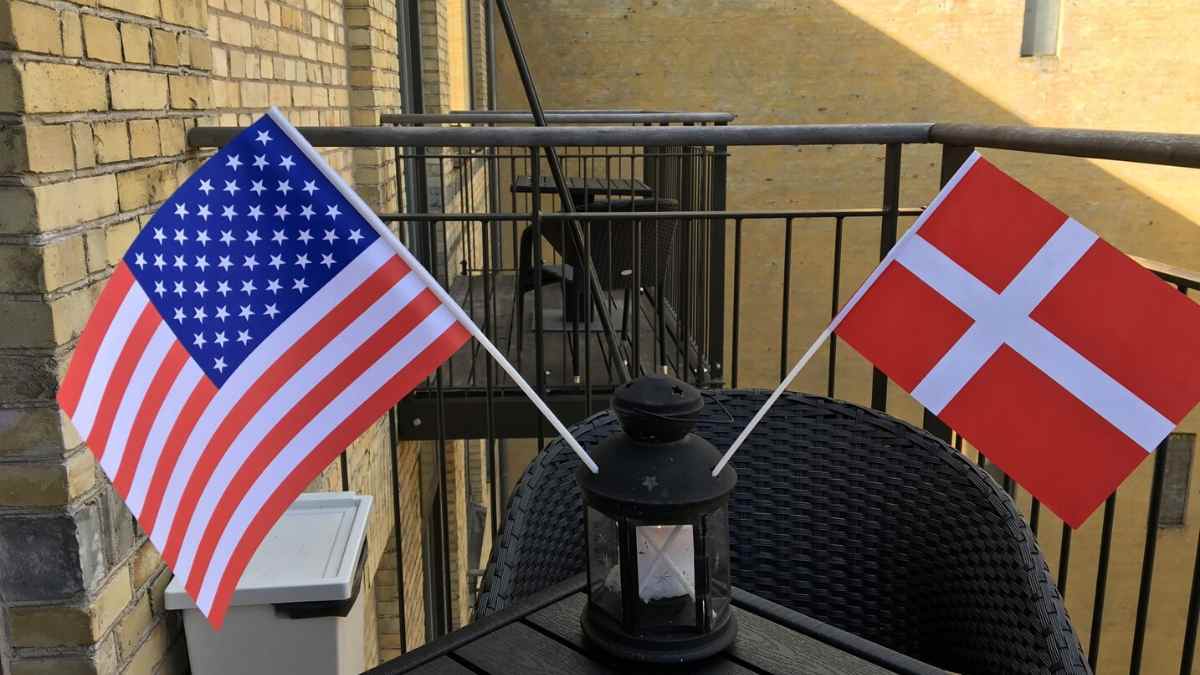 There was a time when I would joke that people shouldn’t celebrate Independence Day outside of the original 13 colonies. I grew up outside of Philadelphia, the birthplace of America, so July 4th always had a high degree of importance. In Copenhagen, Denmark July 4th is just “Tuesday” and as you can imagine, not observed. Celebrating Independence Day here was unique. I didn’t know what to make of celebrating July 4th abroad.

It was a weird feeling to forgo the celebration of July 4th. I was able to observe Independence Day mentally. However, this was without a nation of flag waving, firework flaring, burger grilling patriots around me. You could say I had an independent Independence Day.

This week I have two friends from the US visiting. A moment of introspection hit me Monday morning. My friend asked what I missed the most about living in the states. My simple answer was “the people and the food”. Then I began to think on the topic and my answer became much more complex. What I miss most about domestic American life is the ease of living. What I mean is that figuring out life in Denmark is hard – much harder than I anticipated. Nothing has been easy – everything is familiar, but very strange. Common tasks like going to the grocery store, washing clothes or joining a gym have been daunting.

When I grocery shop I have to translate every package. I also convert portions using metric measurements and Google translate doesn’t cover Danish perfectly.

Doing laundry is another daily chore that is way harder than it should be. Besides the fact that my washer sounds like an airplane taking off, I still have no idea what the hell my washer is supposed to be doing. Look at the settings and let me know what you would set it on.

Joining a gym was especially frustrating. When I first arrived and checked out Fitness World I was told I couldn’t join until I had a CPR number (similar to an American social security number). My residency was being processed and would take 6-8 weeks, so I was relieved when it was finally approved. Within a day I went to the gym to register. There I was told I needed a Danish bank account before I can join.

I was asked for a job contract at the bank. As an American, I couldn’t even apply for a job in Denmark without having a CPR number. Since I had no job contract, I could not open a bank account and therefor couldn’t join a gym. This was eventually sorted out, but the process was brutal. It’s difficult having to operate in a system that isn’t built for foreigners and it can be draining.

When I was finally able to work out in Denmark, I got on a treadmill and set the speed to 6.0 to warm up. I felt really fast. Then, I realized the speed wasn’t 6 miles per hour, it was 6 kilometers per hour. Later, I thought that I had grown incredibly weak. I grabbed a dumbbell marked 25 to do bicep curls. Well, I expected to lift 25 pounds but 25 kilograms is close to 55 pounds. Lesson learned!

While Denmark has tested me, none of these setbacks have been insurmountable. I simply miss the ease of life that many Americans take for granted. Still, not all do, and many immigrants and first generation Americans are still seeking that ease of life. This 4th of July I am thinking about those Americans in a similar boat to me. I feel for those navigating life in a more challenging country.

America is bigger and does not have a government to assists on the level of socialist Denmark. For example, I have national healthcare and government paid Danish lessons – this is a nice head start. I’ve seen viral videos of Mexican Americans being yelled at to learn English while shopping at Wal Mart. I empathize with them much more than before I moved to Denmark. I think about the generations of immigrants who came to America before me and didn’t have technology to assist them. My great-grandmother was born in a potato field in Poland. In the early 20th century, when she arrived in America, there was no Google translate.

This non-celebration of American Independence Day was eye-opening for me. It gave me a chance to reflect on how the American experience is different for us all. In particular, my time living as an immigrant in a foreign country has made me more sensitive to the struggles of new American citizens. It made me more acutely aware of the obstacles they have always faced in the pursuit of happiness. God bless America!